The idea for this post was written after some people asked what my previous post and spherical harmonics were all about. This is my attempt at explaining them in a visually interesting, intuitive fashion.

Let’s start with functions. Functions map values from a domain to a range. Let’s see some examples:

An example of a 1D function, showing programming skill as a function of blood alcohol level. 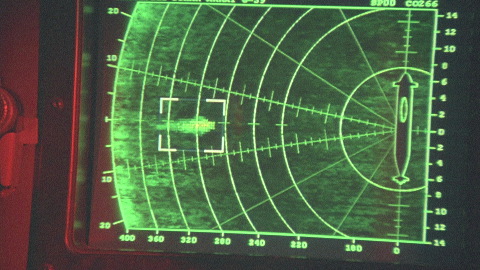 Submarine sonar is a polar function, which gives the distance to the nearest object as a function of angle around the submarine.

Elevation as a function of position, visualized as a 3D function (left) and as a 2D intensity map (right).

An image is a 2D function, mapping position on the canvas to a color. 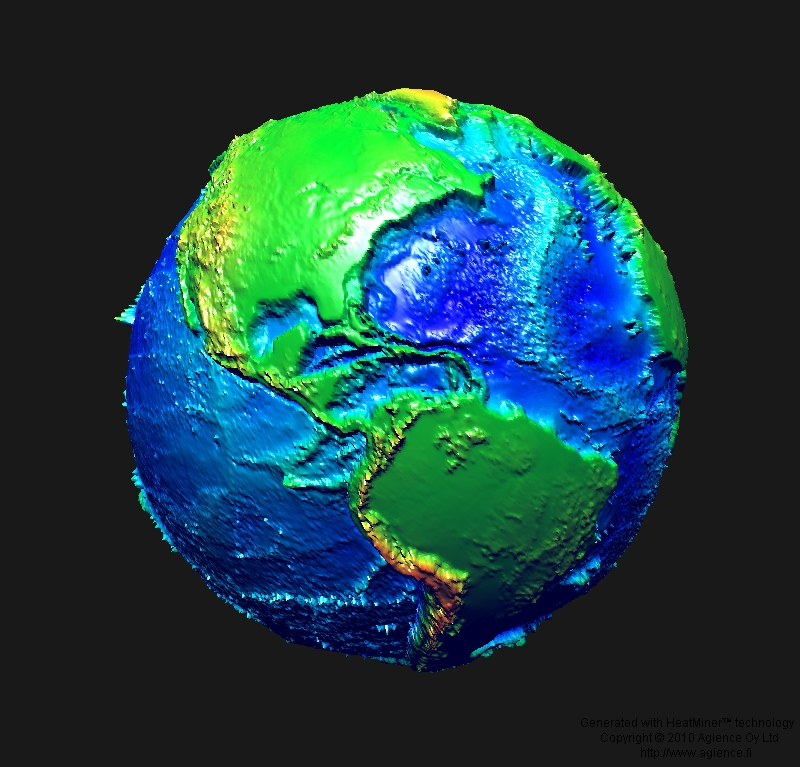 Elevation on the surface of the earth, visualized simultaneously as distance from the origin and as color.

General functions are hard to deal with for practical purposes, since they can be defined arbitrarily. You might have a nice polynomial function \(f(x) = ax^2 + bx + c\), or it might use some less well-known function like \(f(x) = \sinh(x)\), or it could just be an infinite lookup table of values. For real world applications, there is often no way to write down the function precisely - the price of a stock as a function of time, the temperature as a function of location on the earth, and so on.

So when modelling real-world phenomena, we approximate functions by putting them into some more natural representation. There are many ways of doing this: you can fit a function to it, use a deep neural network, a support vector machine, and so on. Here, we’re going to represent functions as linear combinations of basis functions. What does this mean? Basis functions are just a set (possibly infinite) of pre-defined functions that are defined on the same domain as the function we want to represent. We form a linear combination of these functions by multiplying each of them by a different coefficient and then add them all up. So the representation of our original function \(f(x)\) becomes simply the set of scale factors (coefficients) \(c_i\) of our basis functions \(b_i(x)\).

See the figure below for some visual examples.

Here we’ll go over some common types of basis functions. These function types generalize to many different domains; here we’ll show examples for approximating a 1D function and a 2D function.

Back to Spherical Harmonics 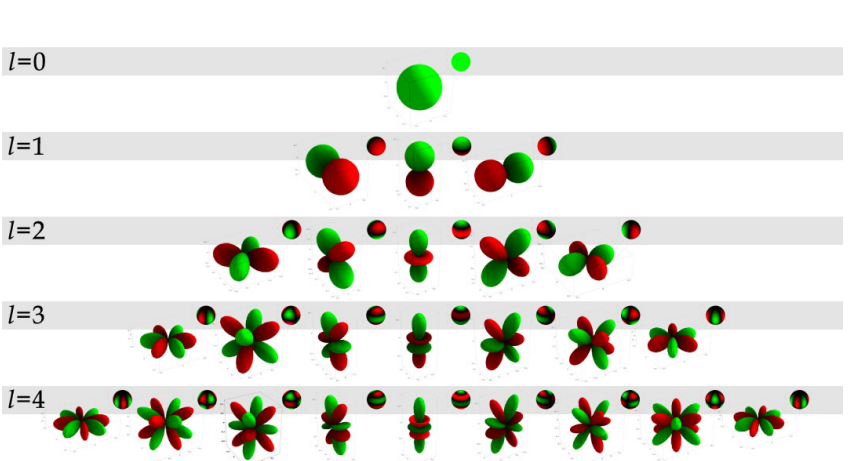 The spherical harmonic functions are referenced by two indices, usually \(l, m\). \(l\) is referred to as the band, while \(m\) is sometimes called the index. \(l\) corresponds to the frequency of the signal (e.g. band 0 is the bias, band 1 is very low frequency, and adding more bands adds higher frequencies). \(m\) ranges from \(-l\) to \(l\) in each band, so that using an \(n\)-band spherical harmonic approximation results in \(n^2\) basis functions.

Spherical harmonics in computer graphics and vision are commonly used to represent incident lighting: if you consider a point on a surface, the intensity of the light hitting it is a function of direction. It has been shown that, for diffuse surfaces, three bands (i.e. nine coefficients) of incident lighting spherical harmonics are indistinguishable from higher frequency representations of the incident light. The diffuseness of the surface essentially blurs out the higher frequencies.

I won’t go into any of the mathematical details behind the functions; if you do need more depth, a list of references is at the end of this page.

There are many things you can do using linear bases; “function approximation” is a very broad term. What we did above can be seen as compression: we took a dense sampling of a function, and then represented it with a much smaller number of coefficients. In the sawtooth case, we took 512 samples of a sawtooth function and compressed it into 32 or fewer numbers; in the image case we took \(128 \times 128 = 16384\) pixels and represented them with 225 numbers or fewer.

We can also use linear bases for interpolation: if we only had a sparse sampling of function values, and we want to know the function value for somewhere we don’t have a value for, we can just use the linear basis approximation.

In both of these cases, we want to use a sampling of function values, and project the function into the linear basis. The most general way to do this is, unsurprisingly, linear least squares. Given a list of \(m\) observations \((x_j, f(x_j))\), you can form the equations

You then want to minimize the squared differences between your observed values \(f(x_j)\) and your fitted values \(\hat{f}(x_j)\).

Sample code for using linear least squares for function approximation (including code used to generate the above images) is available at https://github.com/kyzyx/linearbasis. Note that, while linear least squares will work for projecting into any linear basis, it is not always the most effective way to do so. For example, when using the harmonic bases, you usually want to use a Fourier transform instead; various types of wavelet transforms also exist for different types of wavelet bases.

You can do much more than just interpolation and compression with function approximation! What if you can’t actually directly get samples \((x, f(x))\) of your function? For example, in my research, I want to determine some unknown lighting distribution \(L(\phi, \theta)\), but I have no direct observations of \(L\). Instead, I only indirectly see the effects of the lighting by what the surfaces in the scene look like, e.g. \(B = \int_\Omega f(\omega) L(\omega) d\omega\), where the only things I know are \(B\) and maybe \(f\). By writing \(L\) as a linear combination of basis functions, we can optimize directly for the coefficients of \(L\) in the linear basis. This lets us get an approximation for the full function \(L\) without actually having seen any values for the function!

Linear bases are an extremely simple but powerful tool for function approximation. There are all sorts of theoretical pros and cons to the bases presented here that I haven’t gotten into (e.g. orthogonality, nonnegativity), but hopefully this gives you an intuitive sense as to how they work. If you were here just to figure out spherical harmonics, this might have been a rather roundabout and low-level way to explain them. If you want to dive more deeply into them, hopefully I’ve provided enough of the first principles to make the references below less confusing.

Here are a collection of classic references for spherical harmonics, usually in the context of lighting.