In this post, I’ll give a basic overview of how we captured the scenes in the last post using Google’s Project Tango Tablet. I’ll also talk about some of the quirks of the Tango and some general tips to get the best results.

If you are a Tango user, you might want to pay special attention to the IR Leakage in Tango Color Images section.

The goal of my research is to try and reason about light propagation in a scene. To do this for a real world scene, we obviously first have to capture the scene. What does it mean to capture the scene? Well, for our purposes, we want to get the geometry and appearance of the scene. More concretely, this translates to a scene mesh and a bunch of linearized radiance maps registered to the scene geometry.

Fortunately for us, the Tango provides the scene geometry and registered (but uncalibrated!) imagery essentially out of the box. The Tango comes with hardware that can get 3D data using structured light, as well as a software API that can perform accurate localization. We can basically treat the device as a black box that gives us image frames, depth frames, and the associated camera poses.

The Tango hardware actually does this much more effectively than other RGBD sensors such as the Microsoft Kinect and the Asus Xtion Pro, even when these are used with state-of-the-art reconstruction methods such as ElasticFusion. The primary reason is that the Tango uses a wide field-of-view, high frame-rate camera for tracking (and a separate camera to capture color imagery). This minimizes the impact of two problems in reconstruction:

So the Tango is a decent device for scanning rooms. How do we do it?

We use a two-pass capture procedure for optimal registration. In the first pass, we use the Project Tango Explorer app to record an Area Description File, or ADF. This is what will provide us with accurate localization in the second data capture pass.

Our second pass uses a different app, similar to the Tango Tricorder, which loads the ADF and then starts saving every image frame and point cloud frame, each with its associated pose.

Since we want a mesh rather than a point cloud, there’s a bit of extra work to do. We first take each point cloud frame on its own and compute the normals at each point. For now, the best method is something similar to PCL’s NormalEstimation that computes normals via nearest neighbors; once the Tango API actually returns a full depth image (XYZij), then normals will be much simpler to extract.

Once we have normals, then it is a simple matter to dump the points into a standard reconstruction algorithm such as Poisson Surface Reconstruction or Floating Scale Surface Reconstruction, or any of the ones built into Meshlab. In our work, we find that Poisson is most appropriate; it handles misregistrations resulting in doubled surfaces more cleanly and it hole-fills windows and lights that blow out the IR sensor.

A little bit of manual cleanup in Meshlab, e.g. deleting a few grossly misregistered regions, can help output quality, but if you scan carefully enough (see tips below) this usually isn’t necessary.

Here are a bunch of tips for getting clean reconstructions and imagery with the Tango. 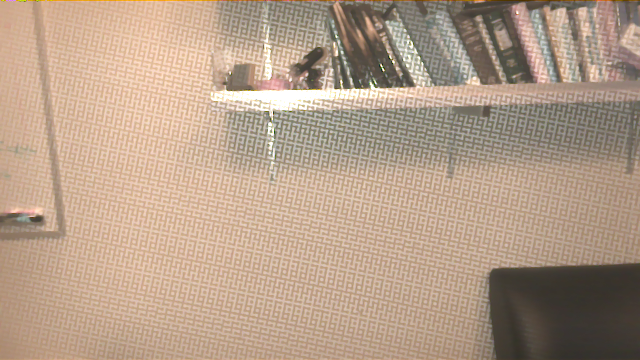 A lot of Tango imagery appears washed out and low contrast. To minimize this effect, stick with daylight and fluorescent lights.

The same scene, captured with the Tango under a "daylight" bulb, an LED bulb, and a regular incandescent bulb. The appearance under the daylight bulb most closely resembles the real appearance of the scene. Under the incandescent bulb, the scene is washed out and the colors are incorrect.

Why does this occur? The answer is infrared light. The Tango tablet uses a single RGBI sensor to capture both depth and color data. Standard RGB sensors, such as those used in webcams or phone cameras, are sensitive to infrared light as well as visible light. Thus, they usually come with an infrared-blocking filter. However, the RGBI sensor in the Tango wouldn’t be able to sense depth if it had such a filter. Thus, what you see is IR bleeding into the RGB channels.

The problem is actually considerably worse: experimentally, the autoexposure functionality on the camera does not seem to function correctly with high amounts of IR. It seems like it autoexposes to the visible light spectrum, but the image then gets blown out with the IR bleeding into the RGB pixels.

Practically, this means that the best images are obtained with daylight or fluorescent lights, where the power of the light in the IR spectrum is less than the visible spectrum. 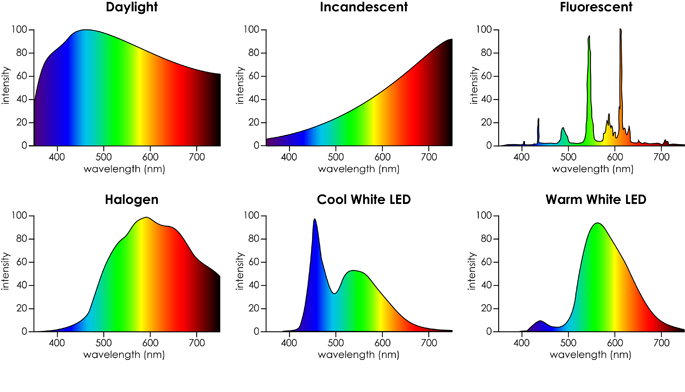 Spectral response of different types of light sources. Incandescent bulbs emit far more IR than visible light due to the way they produce light (heating a filament). Other light types, including regular daylight, have less emission in the IR range. From http://housecraft.ca/wp-content/uploads/2012/09/spectral_responses2.png

The comments in this thread helped lead me on the right path to diagnosing this issue.

For those interested, here’s a precise list of what our system does (mostly automated after capture). In theory this should let you replicate our results (but there’s probably a lot of hairy coding in there).

See the previous post for an explanation of these steps.