What is Computer Graphics?

In this post, I’ll talk a bit about what kinds of topics and ways of thinking constitute the field of computer graphics. Since I’ve only been in this field for a few years, it might be somewhat idealistic; it’s a product of my personal observations from professors, papers, and conferences. This is the first in a series of three posts about why I’m doing a PhD in Computer Graphics.

When most people think about computer graphics as a field, they think about rendering: making computer-generated images.

Rendering was the most important problem in computer graphics at the beginning of the field, but nowadays graphics is much broader in scope. A lot of the hottest new technology, like 3D printing and virtual reality, are a part of Graphics.

Here is my general definition of Computer Graphics as a research field:

Computer Graphics is about modelling the physical world, using these models to capture the real world and to create physically meaningful things

To understand what this definition means, let me break it down into parts.

Some examples of models

Things we can create using graphics.

Why Graphics is Special

In Computer Science, we usually work at a very high level of abstraction. In a computer, we have a bunch of electrical components and signals, which we then interpret as ones and zeros, which we then interpret as numbers or letters, which we then continue to combine at higher and higher levels until we get video game characters or e-books or webpages. We design algorithms and data structures that can, using the same code, operate on Google maps, your Facebook friends, Netflix movies, and a lot more. While it’s great that we can create individual algorithms that can help solve a large variety of different problems, it means that most of the time, we’re far removed from the real life applications of our work.

Graphics is one of the few subfields of computer science that deals concretely with the real world. Every human develops an intuition about the physical world starting from birth, learning about gravity and physics, seeing the behaviors of lights and shadows, finding out how things look from different angles, and observing how things bounce or break when they hit other things. This means that the applications of computer graphics - the software we write, the results we present - are things everyone can appreciate, regardless of their technical knowledge.

Of course, Graphics is not alone in its direct real-world applicability. Other subfields of Computer Science, such as Robotics and Human-Computer Interaction, also deal with the real world in a meaningful way. It is in fact very common for research in these fields to overlap with Graphics.

You might have noticed that my definition of graphics actually includes a lot of computer vision, or that I lumped vision and graphics together in my discussion of CS subfields above. This might be at odds with the idea that graphics should be about making new pictures (“creating”), and vision should be extracting information from existing pictures (“capturing”).

In terms of the everyday usage of these words, this differentiation is useful. However, in terms of academic disciplines, modern graphics and vision have a lot of overlap; in fact, vision started as a subfield of graphics. Many papers in graphics conferences could just as well be published in vision conferences, and vice versa.

A more refined way of differentiating the two academic fields is by looking at what sorts of information we aim to get from the images. 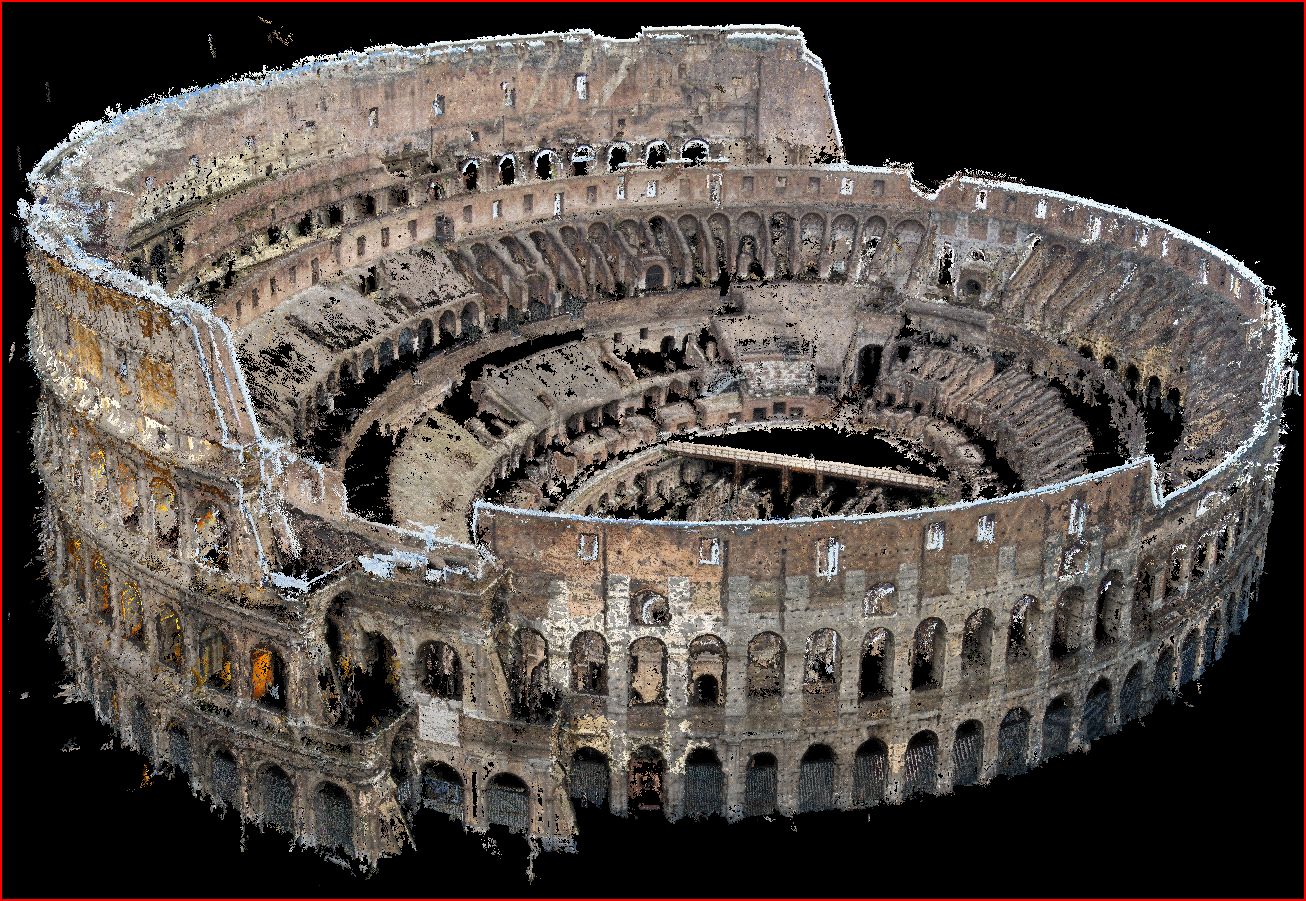 This model of the Colosseum in Rome was reconstructed using around 2000 different photos from Flickr.

Examples of segmentation and object detection.

In practice, semantic information extraction is squarely in the domain of vision, while physical information extraction (e.g. 3D reconstruction) papers are published both in graphics and vision venues. Many modern graphics researchers (including me) describe themselves as working at “the boundary of graphics and vision” which usually means being concerned with physical properties of scenes. When I talk about the field of graphics, I will usually be referring to this overlap (as described in my definition above).

Graphics is a lot more than just making pretty pictures. Graphics researchers think very deeply about how the physical world works, and we make use of our understanding in practical applications as diverse as Google Streetview, Disney movies, and medical imaging. The direct applicability of graphics and vision research to the real world is the main reason why I am so excited about working in this field. I also really enjoy using my physical intuition to gain a deep understanding of how and why our models and methods work.

My next post will contain a lot of cool examples of what research is happening in computer graphics. You might be surprised at some of the work that falls under the umbrella of computer graphics, but I’ll refer back to my definition of the field to show why the graphics community has embraced all of these different research directions. You can get a taste of what I’ll talk about next by watching the SIGGRAPH 2015 Technical Papers preview: