WaveBeat is a conducting system. You define a set of conducting gestures, and then WaveBeat will play back a piece of music, following your tempo and your chosen gestures in real time. 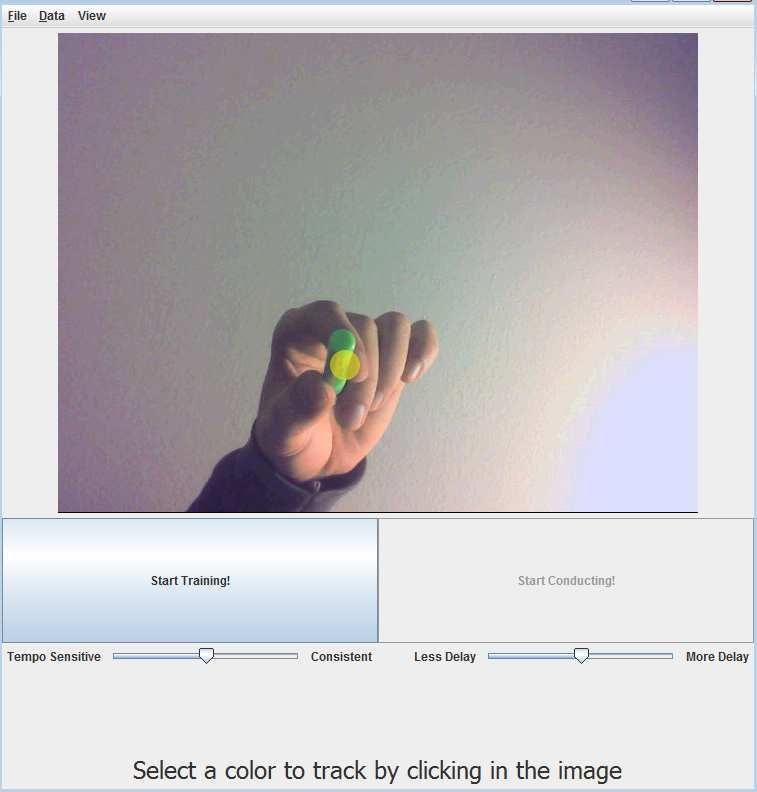 Many conductor following systems have been designed in the past that use gesture recognition and learning algorithms to great effect. Most such systems, however, are based on specialized models and are designed and configured by experts in these fields. Being able to generalize the use of such gesture recognition and learning algorithms would allow more people to harness the power of these fields and use them in a diverse set of applications. To investigate the nature of such user-focused generalization, we present the WaveBeat system, a conducting system that uses independent, non-specific modules to implement real-time gesture recognition. This system can follow both standard conducting patterns as well as user-defined patterns, and allows users to configure relevant parameters to suit the algorithms to their needs. The user-centric design of WaveBeat demonstrates that, although performance is affected by the loss of specificity, it is possible to create functional systems around generalized gesture recognition and machine learning components.

The WaveBeat system presents a unified interface in which a user can define a beat pattern by following a metronome, and then conduct a short piece of music using the defined gestures. To recognize conducting gestures, WaveBeat must first translate user gestures into a set of numerical data vectors that the learning algorithm can use. For the purposes of portability, we use a webcam as the input device; the program senses conducting gestures by tracking the location of a brightly colored glove or baton. A feature extractor records the location of the object in the webcam’s two-dimensional field of view as raw data, which we then use as input to the learning algorithm. The learning algorithm used in WaveBeat makes heavy use of the implementation of the Fast Dynamic Time Warping (FastDTW) algorithm provided in the java-ml machine learning library. During training, WaveBeat uses the raw data provided by the feature extractor to train an instance of FastDTW separately for each beat gesture. During performance, each vector of raw data is fed to this algorithm and results in a classification for the current beat. These classifications are then processed and used to vary the parameters of the playback of a piece of music through the ChucK real-time programming language. The entire training-performance process is packaged into a user interface that simplifies the supervised learning process and allows convenient configuration while hiding the details of the learning algorithm used.