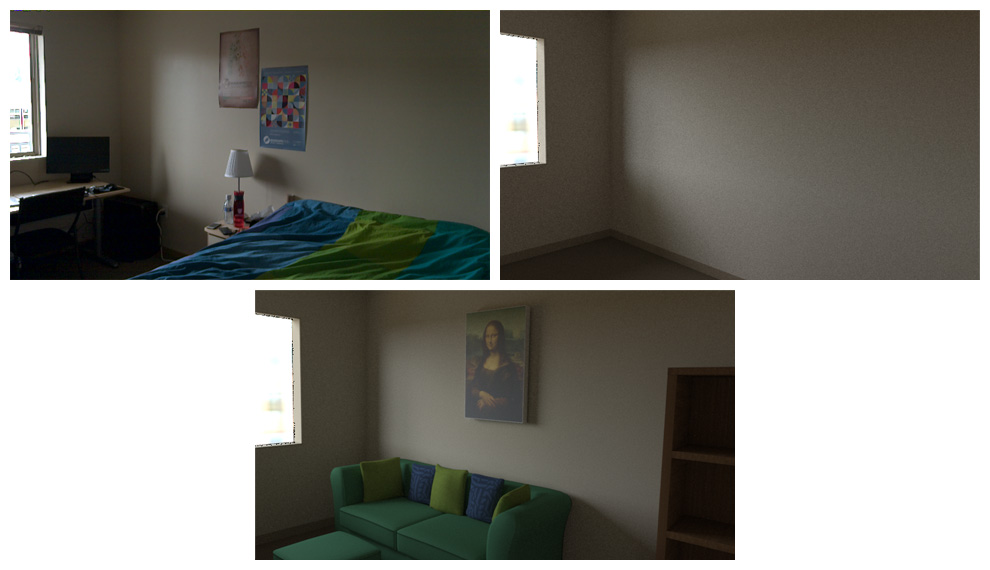 Visualizing changes to indoor scenes is important for many applications. When looking for a new place to live, we want to see how the interior looks not with the current inhabitant’s belongings, but with our own furniture. Before purchasing a new sofa, we want to visualize how it would look in our living room. In this paper, we present a system that takes an RGBD scan of an indoor scene and produces a scene model of the empty room, including light emitters, materials, and the geometry of the non-cluttered room. Our system enables realistic rendering not only of the empty room under the original lighting conditions, but also with various scene edits, including adding furniture, changing the material properties of the walls, and relighting. These types of scene edits enable many mixed reality applications in areas such as real estate, furniture retail, and interior design. Our system contains two novel technical contributions: a 3D radiometric calibration process that recovers the appearance of the scene in high dynamic range, and a global-illumination-aware inverse rendering framework that simultaneously recovers reflectance properties of scene surfaces and lighting properties for several light source types, including generalized point and line lights.

This system was made up of a number of independent components. I’ll go over these components briefly here. 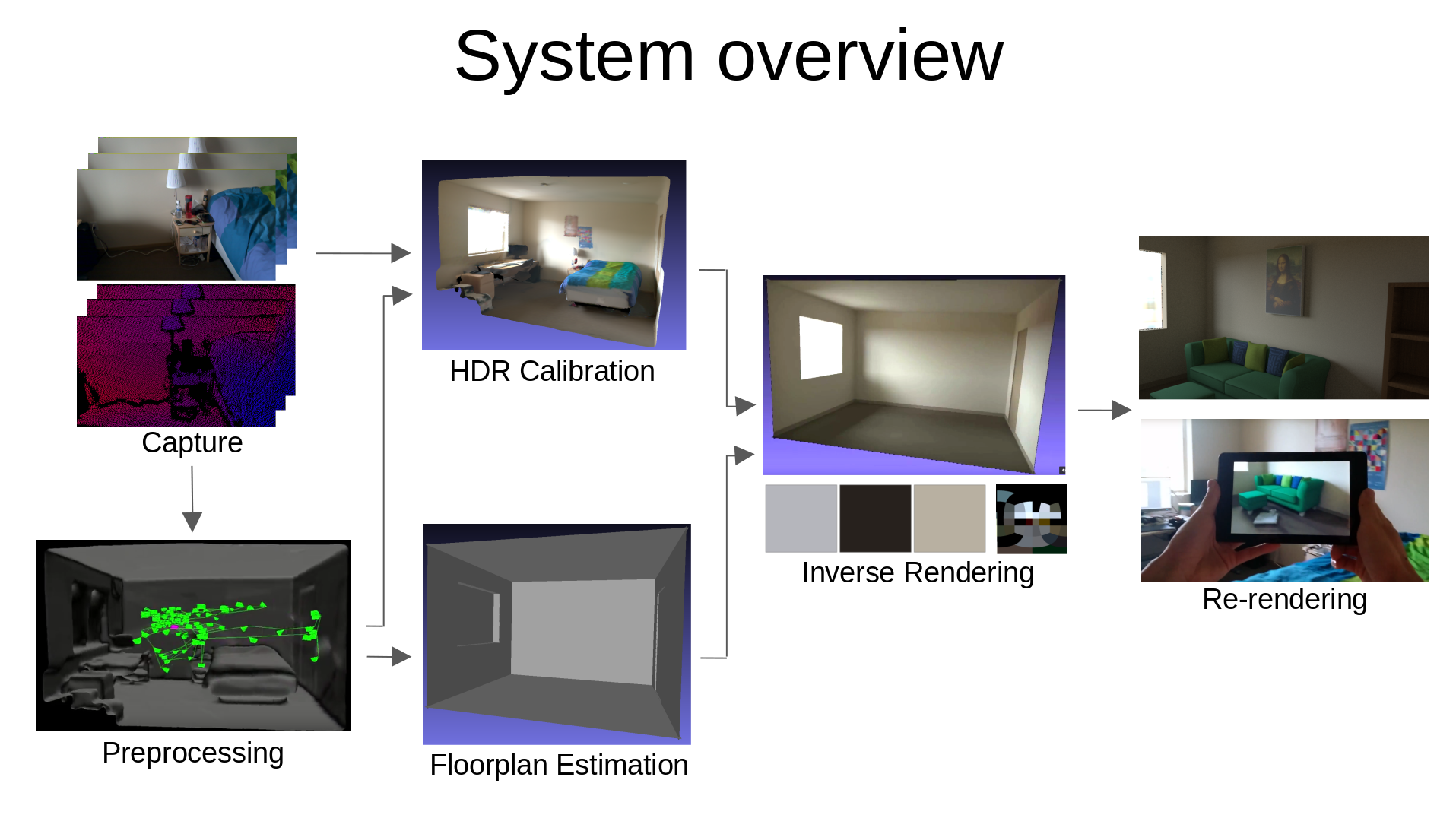 Several of our datasets with radiometric calibration can be viewed at https://sketchfab.com/kyzyx/collections/hdr-room-scans.

Results from our system in four scenes. The first row is an unadjusted frame from the original input. The second row shows a synthetic rendering of the empty room from the same camera viewpoint and the same exposure. The third row inserts some synthetic objects into the scene. The fourth row shows a wider view of the entire relit mesh with baked global illumination at a suitable global exposure.

This figure shows how our scene model enables edits to the lighting and materials of the scene. These edits are shown in increments; the first column shows the input frame, while the second shows the refurnished room. The third column shows the walls repainted a different color. The fourth column changes the lighting conditions, e.g. changing the time of day to sunset (top), or changing the position of the point light in the room (bottom).

We would like to thank Sameer Agarwal for his advice on optimization and Ceres Solver. We also thank Pratheba Selvaraju for her assistance in modelling the contents of refurnished scenes. These contents include 3D models from CGTrader (users scopia, den_krasik, buchak72, belgrade_sim, peter_janov) and Turbosquid (user shop3ds). Several additional 3D models were obtained from the Stanford 3D Scanning Repository.

This work was supported by the NSF/Intel Visual and Experiential Computing Award #1538618, with additional support from Google, Microsoft, Pixar, and the University of Washington Animation Research Labs.